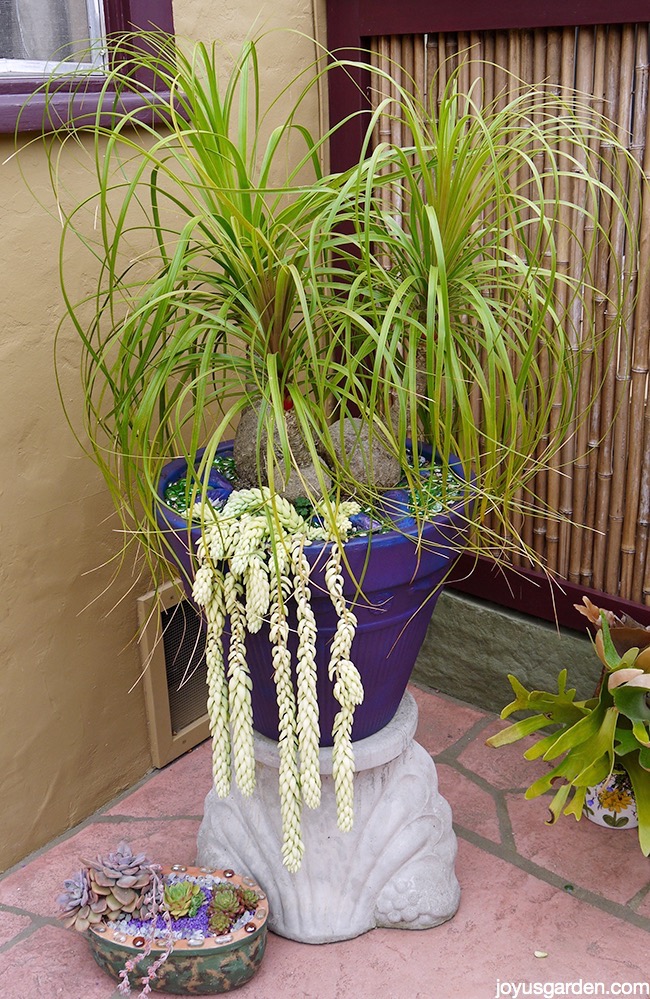 I get quite a few questions and comments regarding Ponytail Palms.  My 2 are doing great and growing like crazy since their recent repotting so here’s an update.  My neighbor has one that has multiple heads on the same trunk which I thought might interest you too.  And, you’ll find out how to get those if that’s a look you want.  So, this post is a bit of “Ponytail Palm potpourri”!

Here’s my other 1 which has put out a lot of growth this spring & summer too.  I repotted & top dressed this Ponytail Palm early last year.  Since then, it’s grown quite a bit.

They can stay potbound for quite a while and like most plants, they just stop growing.  Even though mine were potbound as can be, they still looked fine.  My 3-trunked Ponytail Palm was looking healthy and happy but was going nowhere.  I know how tough their roots are but really had a hard time getting this 1 out of its pot.  You can see how extensive their root system is in this post I did last fall about how to care for & repot a Ponytail Palm.

See how my Ponytail Palms (botanically known as Beaucarnea recurvata) are doing now.  Plus, learn how to get those multiple heads:

I’m not going into care tips here because I’ve already covered many of those in previous posts.  I do want to tell you that as Ponytails grow, they loose their lower leaves which gives way for their trunks to form.  By the way, these plants grow very slowly so expect too much in that department.  They take their sweet time, especially when living indoors.

In their natural environs, they can reach 25′ and have quite a lot of trunk.  So, don’t be concerned if those lower leaves turn yellow – it’s just part of their natural growth habit.  I’ve noticed that mine do that shedding in winter/early spring. 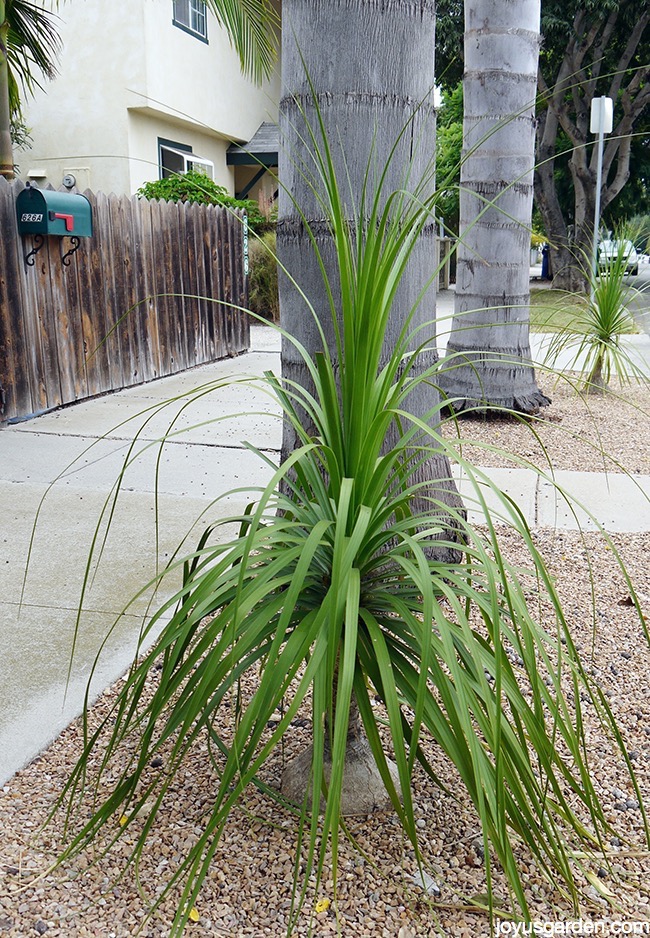 My neighbor planted a few Ponytail Palms in his sidewalk strip.  They’re a bit banged up from car doors opening & people jumping out, but overall, they aren’t looking too bad! 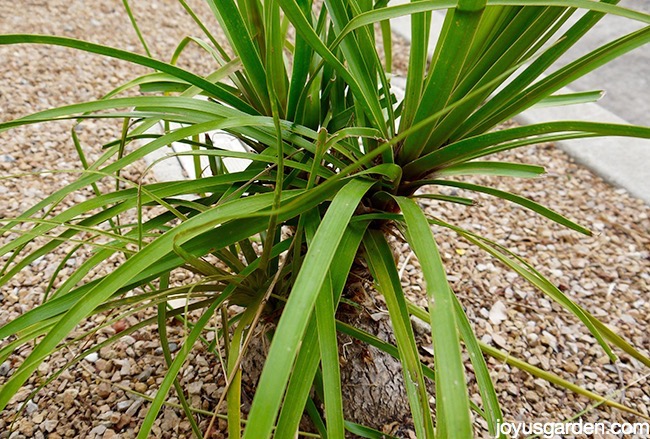 1 of them got partially decapitated & the single head was cut off.  The result is: 3 heads have appeared.

If you have a reason or the guts to cut the head off a Ponytail Palm, multiple heads should appear.  The 1 above got a straight cut which eventually brought on 3 heads but you can also do an angled cut.  With that, a head will appear at the top and 1 should appear at the bottom of the cut too.  Straight cuts usually bring multiple heads where cut and sometimes a few at the base.  Be warned: it can take a few months for any signs of new growth to appear so be patient.

I love my Ponytails because they’re so easy to maintain yet so very interesting.  I need (okay, want!) to get a variegated one.  I think they’re the cat’s meow! 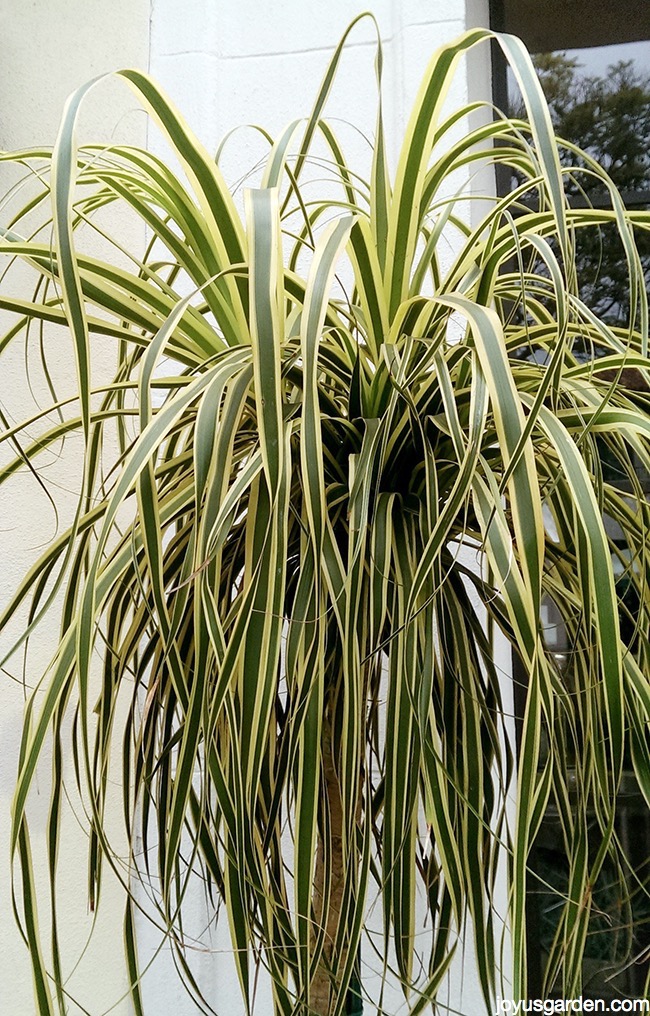