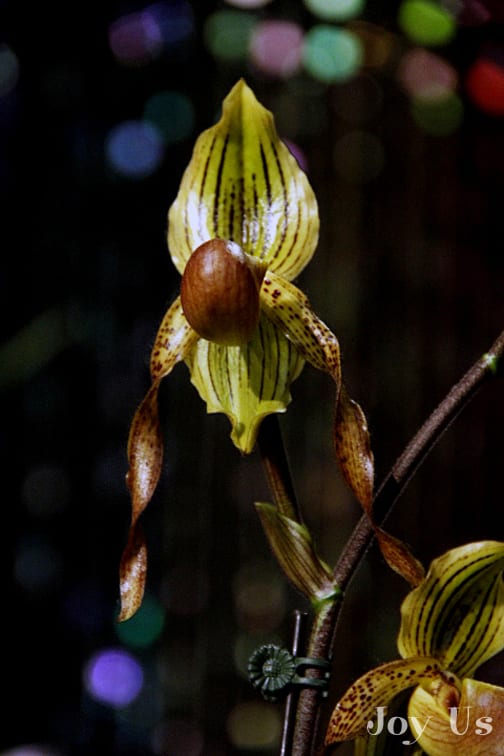 These fascinatingly intricate and beautiful plants, whose genus is Paphiopedilum, were looking fabu at the Santa Barbara International Orchid Show held a couple of weeks ago.  They tickled my fancy because some of them just look plain unreal!   I have already showed you some of the Cymbidiums looking good at the show and now it’s time for  pictures of the Lady Slipper Orchids.  You’ll see some Bulldog Orchids too – they are less delicate looking and  have a waxy shine.
Paph. Harvest Time”Lacquerwane” 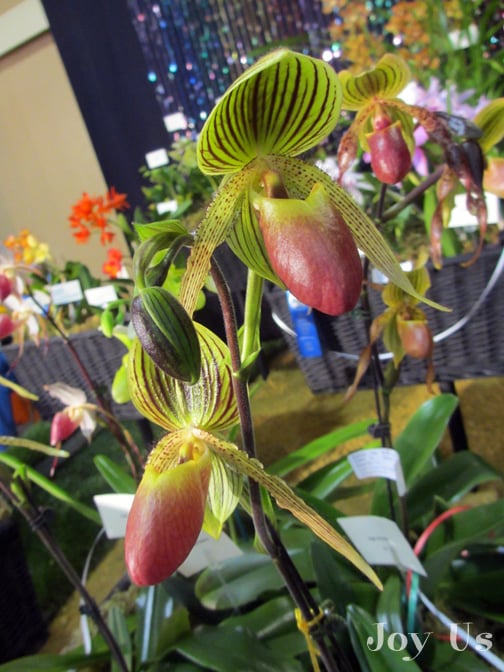 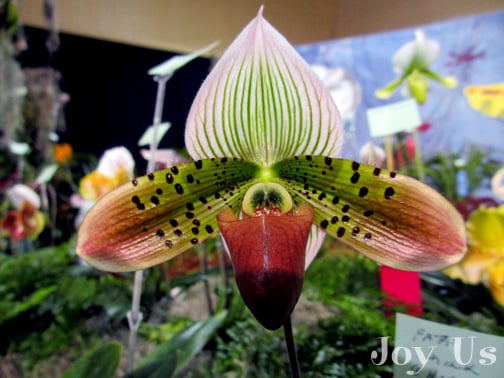 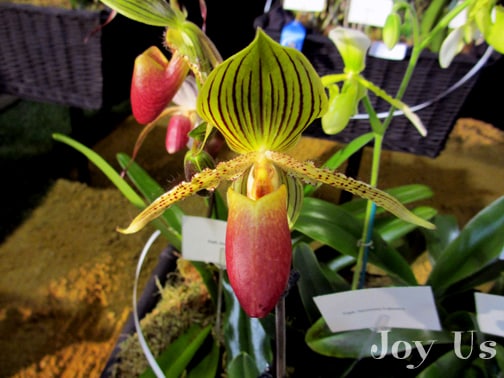 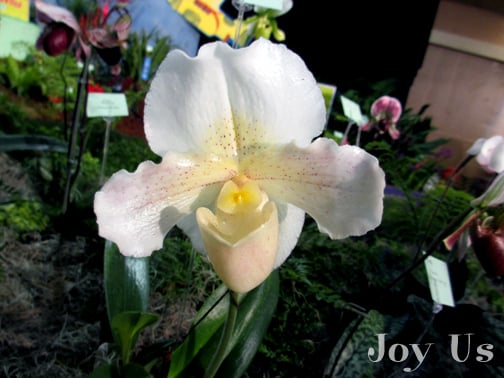 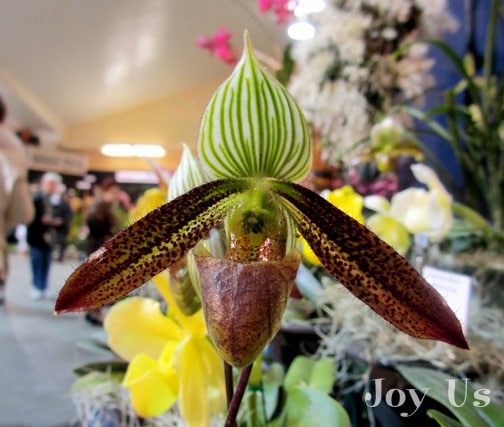 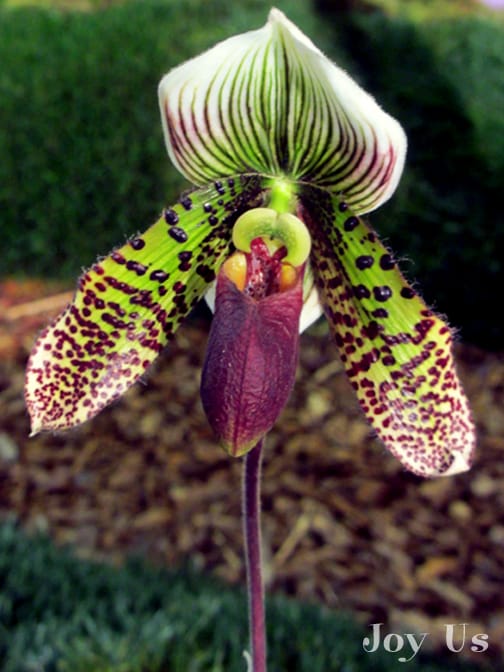 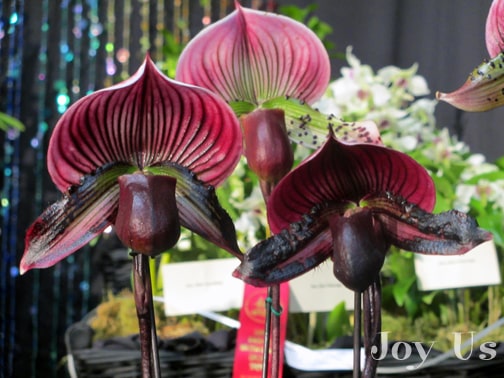 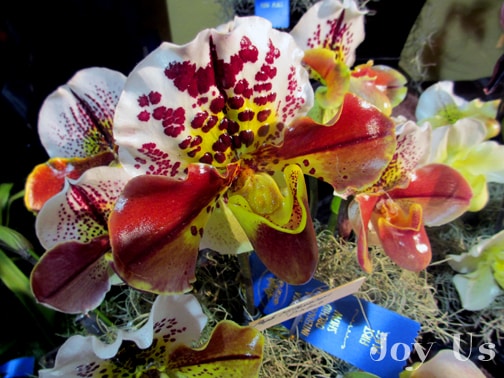 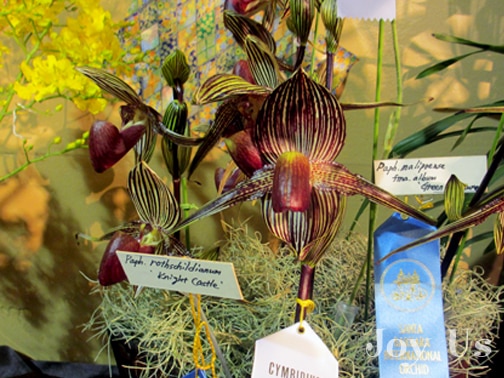 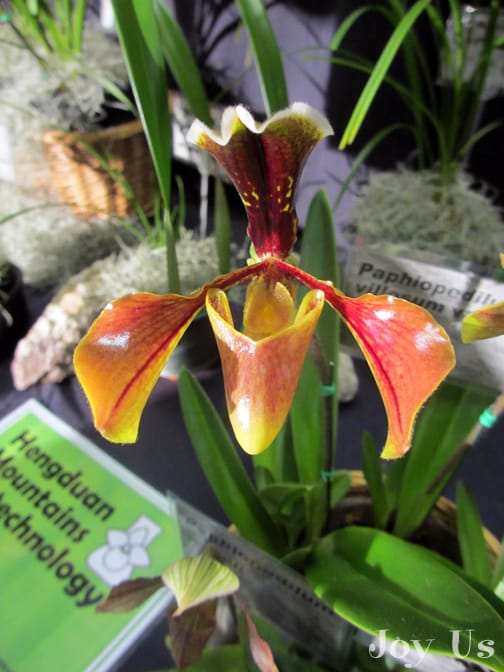 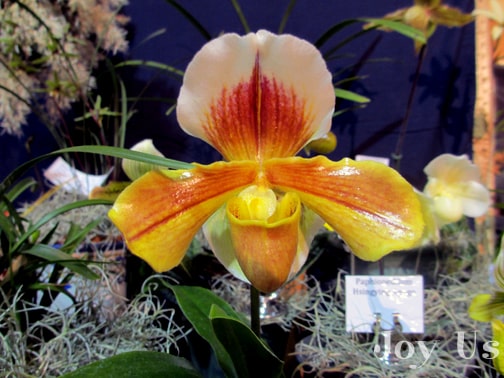 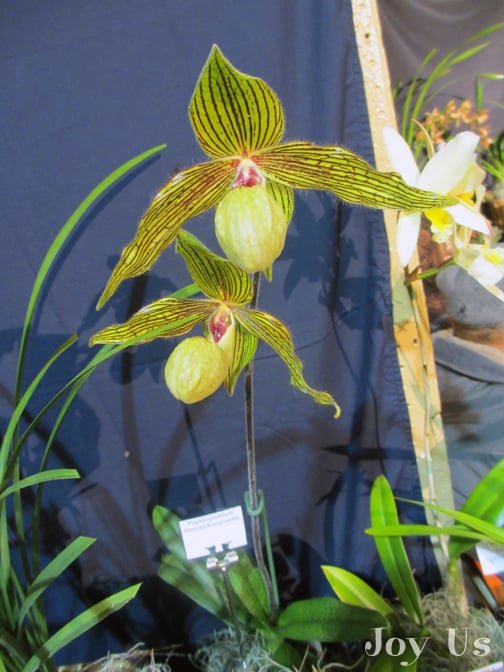 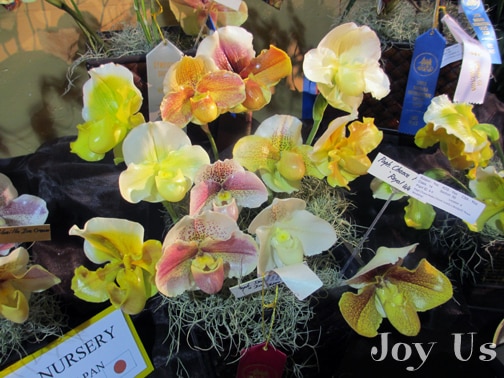 The only experience I have with these beautiful plants is when I inherited a bowl full of them after dismantling a flower show in San Francisco.  The cultural tidbits I’m going to share with you were taken out of the 65th Santa Barbara Orchid Show program from 2010 as I do not have a lot of experience with them.  They are wonderful to look at though!

These semi-terrestrial orchids grow very successfully indoors – especially those with mottled foliage.  As to light, they prefer conditions similar to the more commonly seen Phalaenopsis, or Moth Orchid, which would be an east window – bright but not direct.  Temperatures should be warm during the day with evening temps on the cool side.  If you put them outdoors, make sure it’s in a shady spot.

Watering is like most other orchids which is evenly moist with no soggy conditions.  Be sure not to let the water sit in the crown of the plant.  They would certainly enjoy a little boost in humidity that a tray of pebbles filled with water would bring.

Best to grow them in a bark mix (Cymbidium mix would be fine) and repot every 2 years or so – they thrive when crowded.   Be careful though when repotting them as their roots tend to be more fragile than other orchids.  How long they are in bloom depends on which type you have – vague but true! 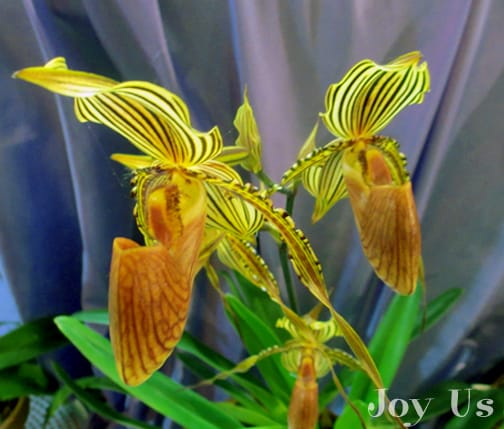 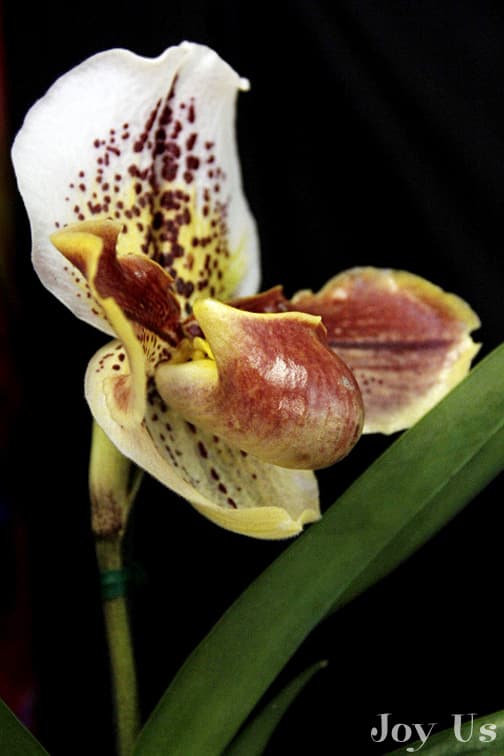 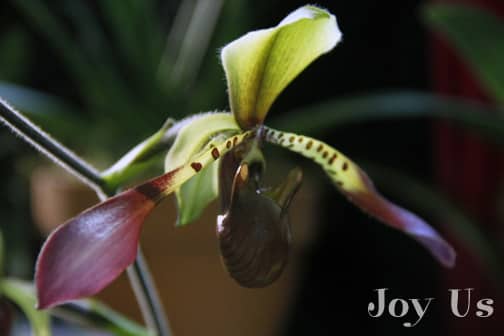 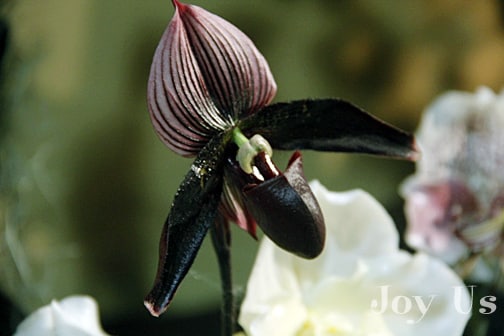 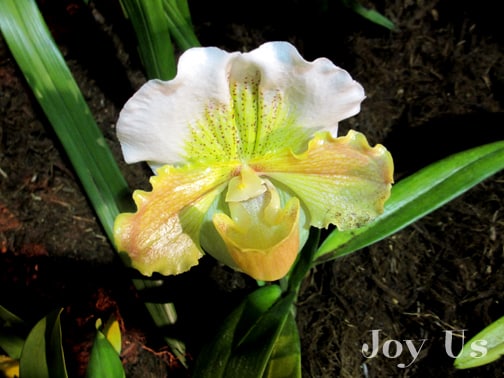 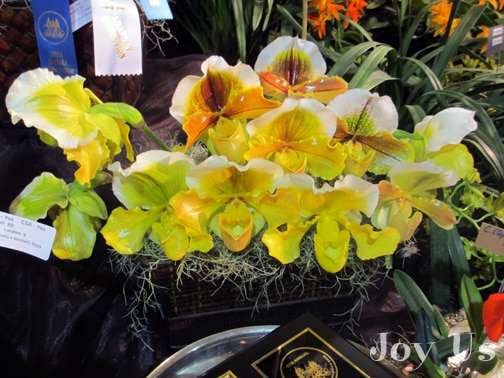 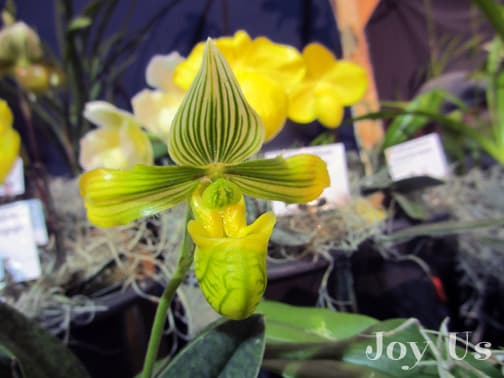 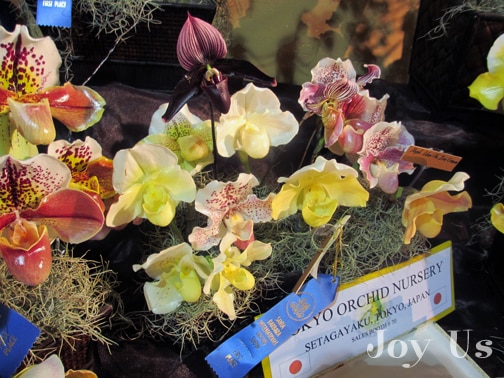 Here are a couple of things I read in Sunset Western Garden Book I want to share:  the green-leafed types generally flower in the winter whereas the mottled-leaf ones flower in the summer and they can stay outdoors in Zones 17, 20-24.  Yahoo –  I live in zone 24  so it’s time to try some of those green-leafed ones in my garden! 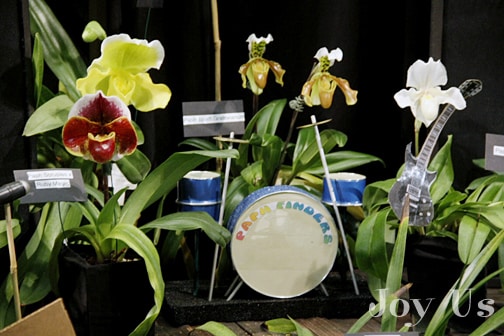 And I leave you with the band…PaphFinders!