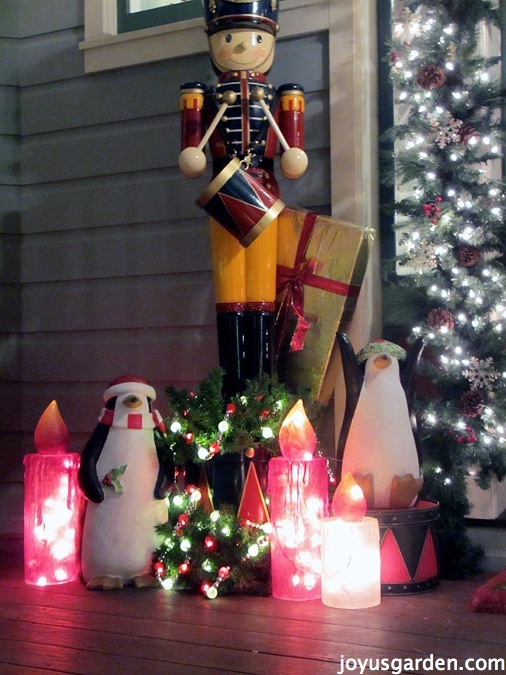 These adorable Christmas penguins, who belong to my client by the way, have spent many Decembers on the front porch along the California coast just south of San Francisco. The sun and moisture have dulled them a bit, and as you can see from these 2 photos, their nutcracker companions are still quite colorful. Time for the glitter storm to begin, with a little paint thrown in too. I was up there in October so I spent a morning to get them all gussied up and ready to make their holiday appearance. 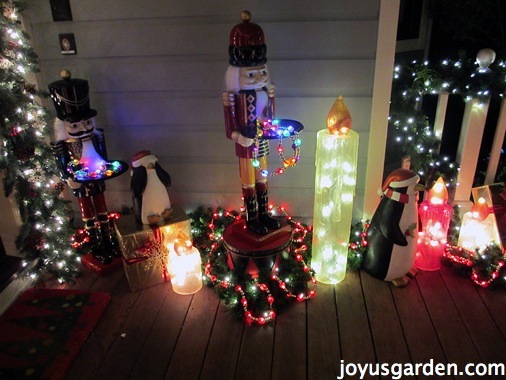 Here they are all gathered together in the driveway before their makeover. As you can see, their glittery hats had dulled to almost orange. I also decided to accent the holly a bit while I was at it. 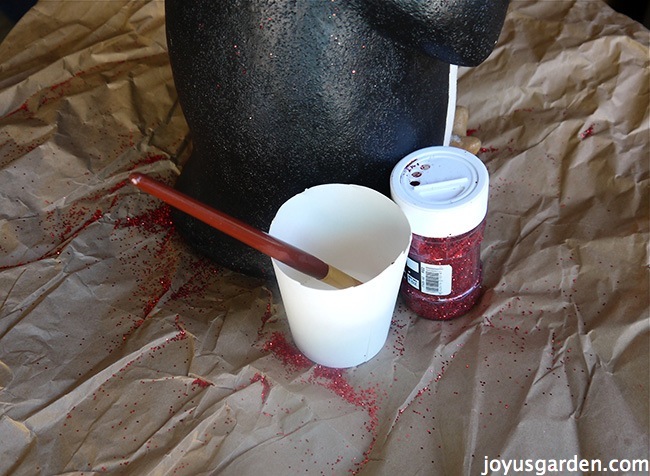 For most of my glittering endeavors I use Elmer’s glue mixed with water in a ratio of 1:1. The hats are a pretty large surface and by no means flat, so I used more glue and less water for this project. Of course, I really wanted the glitter to stay put. 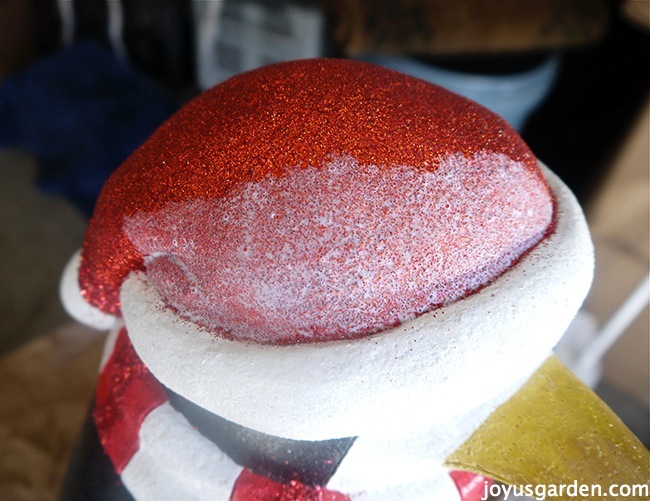 just paint the glue on and then sprinkle the glitter over it. I kept a piece of kraft paper underneath so I could catch the glitter that fell off. No need to waste any of that sparkly goodness! 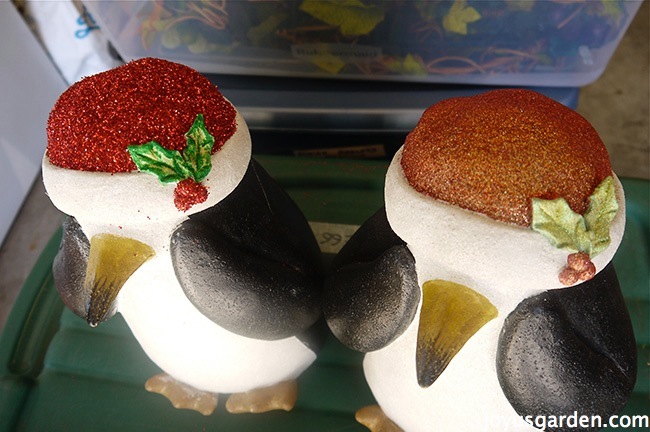 These 2 pictures show a couple of the before and afters. 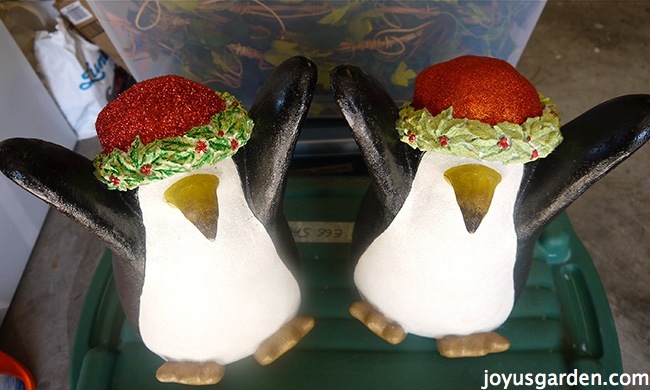 Here’s a close up you can see the holly and the berries accented out. 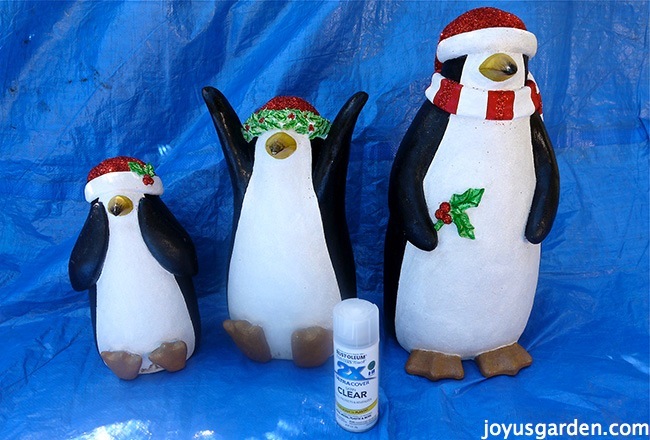 The final step was a spraying with Rust-oleum 2X Cover. It’s a sealer with a UV protectant in it. 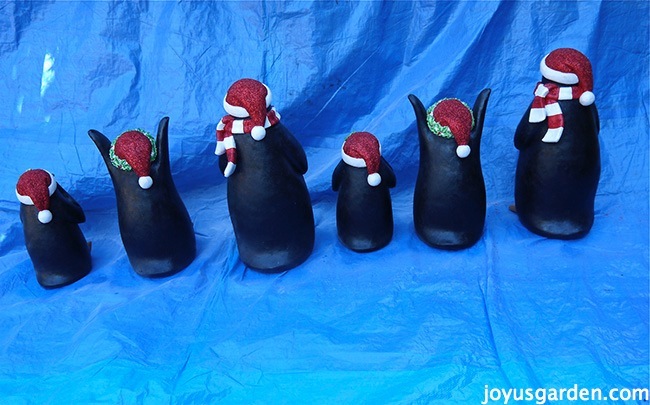 No, the penguins haven’t been naughty & they aren’t part of a police lineup. These jolly birds are simply getting their back sides sprayed too.

Who doesn’t like penguins?!  And now, they’re all set to join the nutcrackers for the front porch festivities!
Happy creating,

Previous Post: « Ornaments To Make Your Christmas Sparkle
Next Post: A Magnolia Cone and Succulent Wreath for The Holidays »