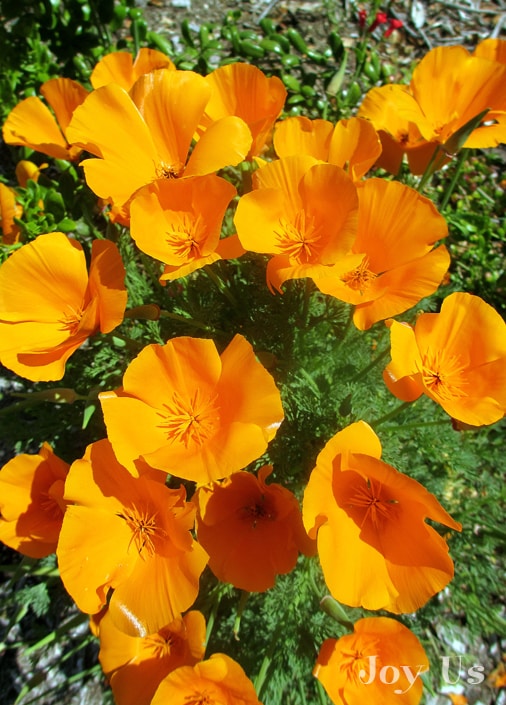 I spent a couple of sun-filled hours running around the Garden last thursday visually drawn by the wildflowers in bloom.  The California Poppies stole the show with their bright explosions of orange – they had seeded everywhere!   Another flowering treat – the Pacific Coast Hybrid Iris’ were putting on a show of their own.

As mentioned in a post back in January (What’s in Bloom at the Santa Barbara Botanic Garden), the mission of The SBBG is to: “foster conservation of California’s native plants through our gardens, research and education, and serves as a role model of sustainable practices”.   The Garden’s canyon setting is magnificent and provides gorgeous views of the Santa Ynez Mountains and even out  to The Channel Islands  – and that is why I had to throw in a few vista pictures too!

Here’s a little preview of what you’ll see next time around  – the Pacific Coast Iris putting on their spring spectacle!

The PCH Iris (I. Douglasiana) were all in bloom – come back next time  and check out photos of these beautiful flowers!