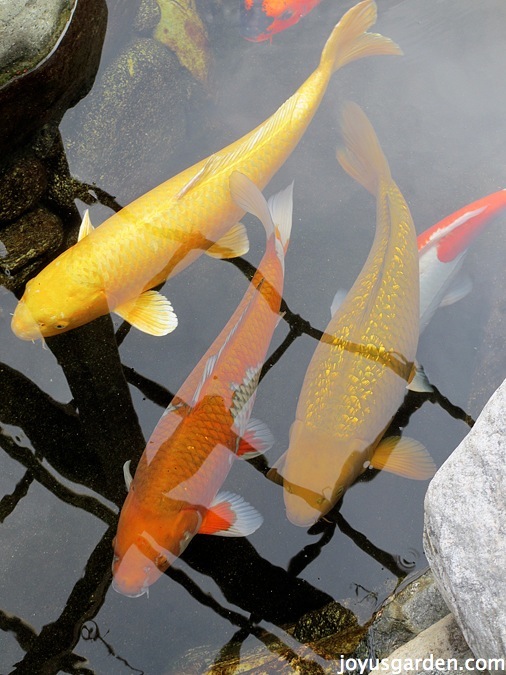 Balboa Park in San Diego is huge – 1200 acres in fact.  So, it took Lucy and I a little while to get our bearings when we first arrived to plot out our horticultural route.  We planned to see everything in the outdoor environs in this park (except for the zoo) so by the time we made it to the Japanese Friendship Garden in the mid-afternoon, we were ready for the a little downtempo and tranquility.   And like other gardens of its kind I’ve been to including a few in Japan, that’s exactly what it provided us.   For a virtual tour, be sure to check out the video The Japanese Friendship Garden at the end. 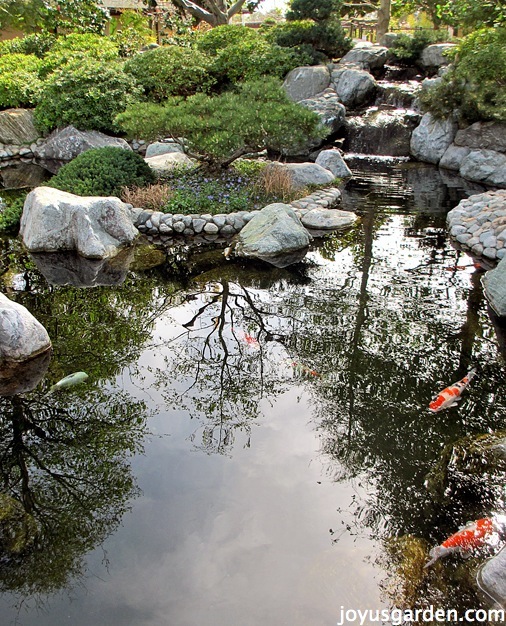 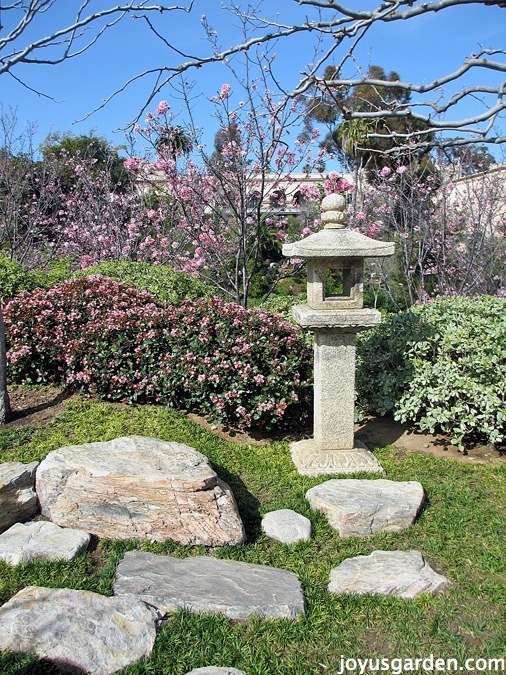 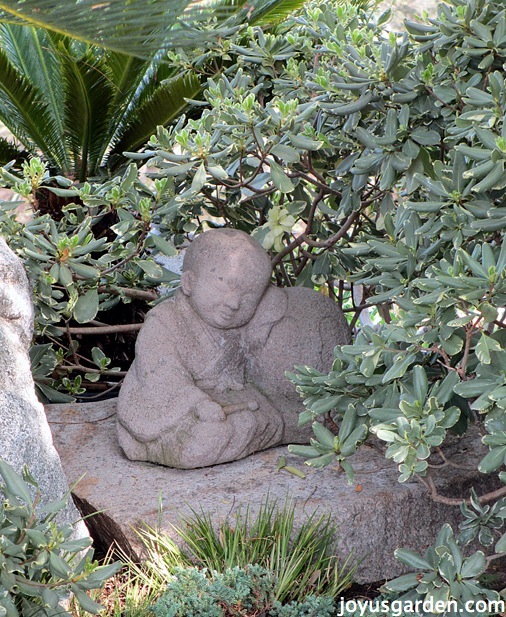 The tea house was built for the Panama-California Exposition in 1915.  At this very moment the garden is undergoing quite the expansion to celebrate the 100th anniversary of this event  which heralded the opening of the Panama Canal and San Diego as its first point of entry into the US. 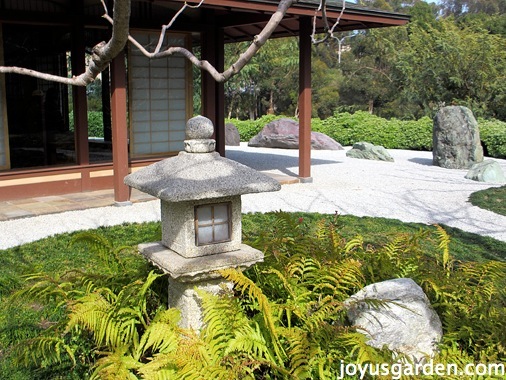 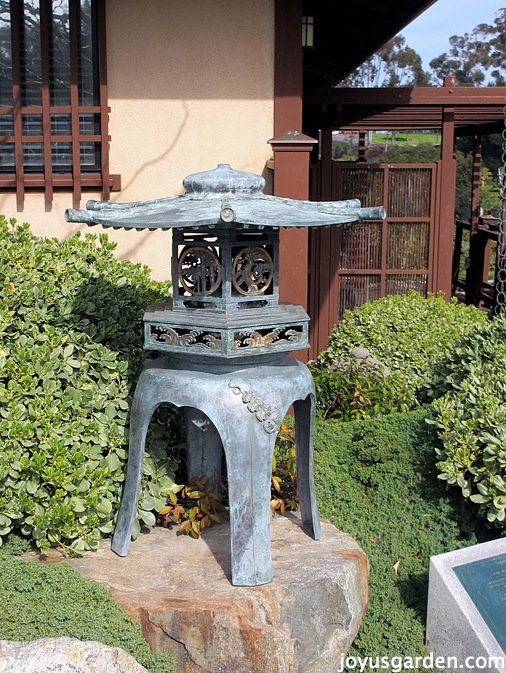 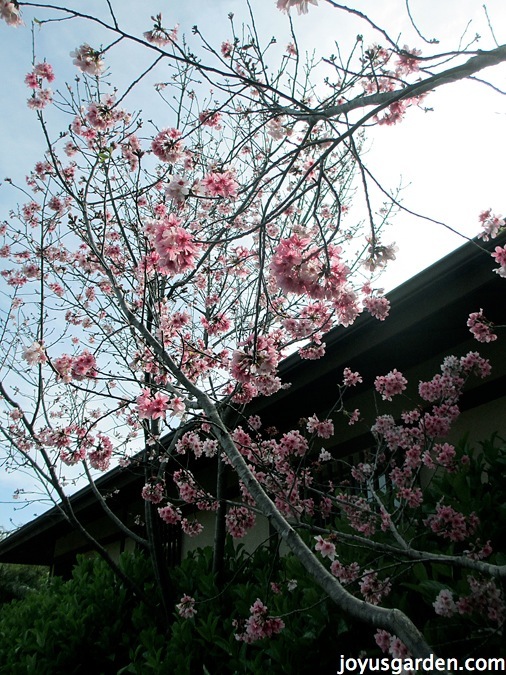 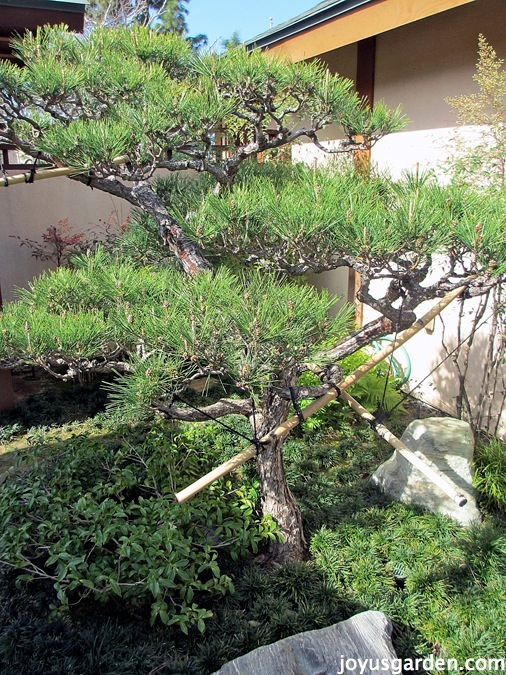 This is the way they train the larger bonsais

There were only 5 other people touring this garden along with us so the natural balance between all the elements which truly create a peaceful environment were even more pronounced.  Here are some of the components of a Japanese garden (all of which are not expected to to be used in every garden) that you’ll see in my photos: 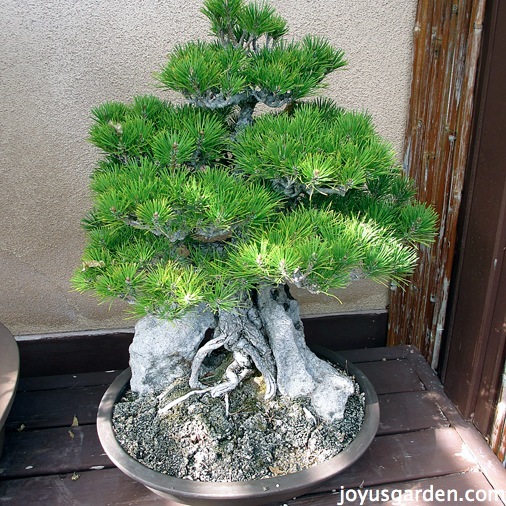 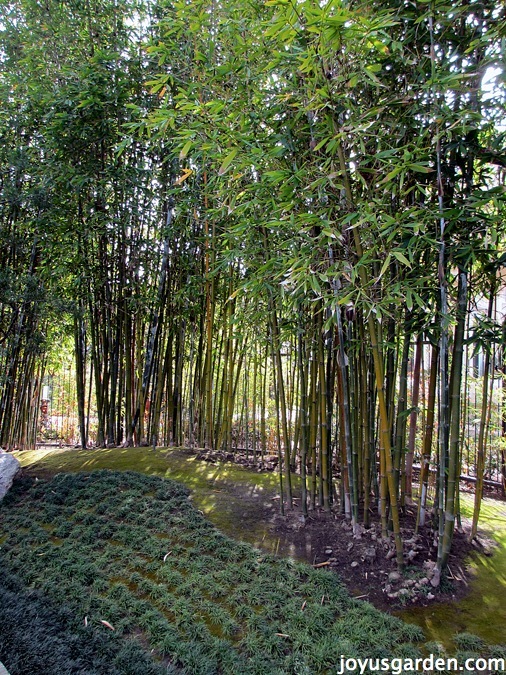 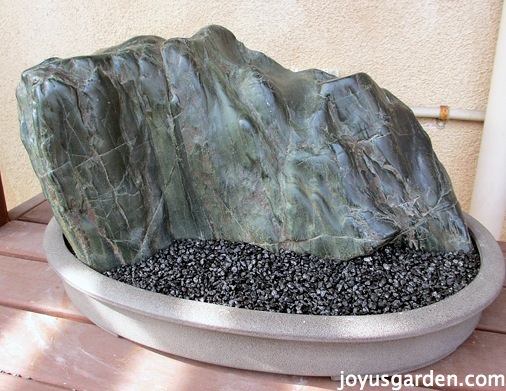 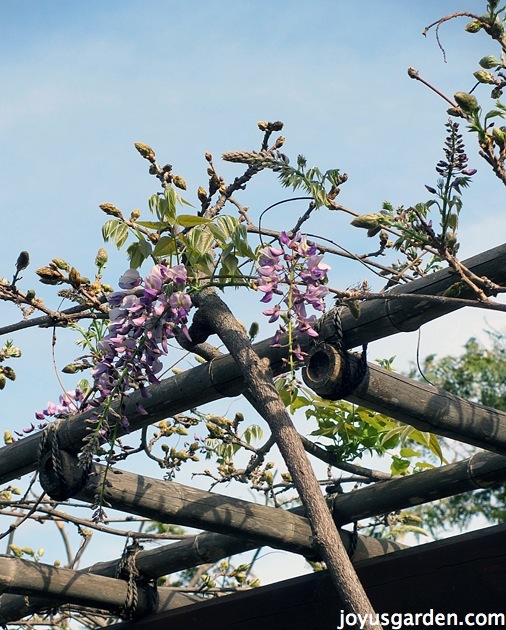 I had a contractor friend in San Francisco who always wanted me to design Japanese gardens for the homes he was working on.   I never took him up on it because I believe there is a reverence and truly understanding that must be there to do these gardens.   I’d much rather appreciate them … and I do! 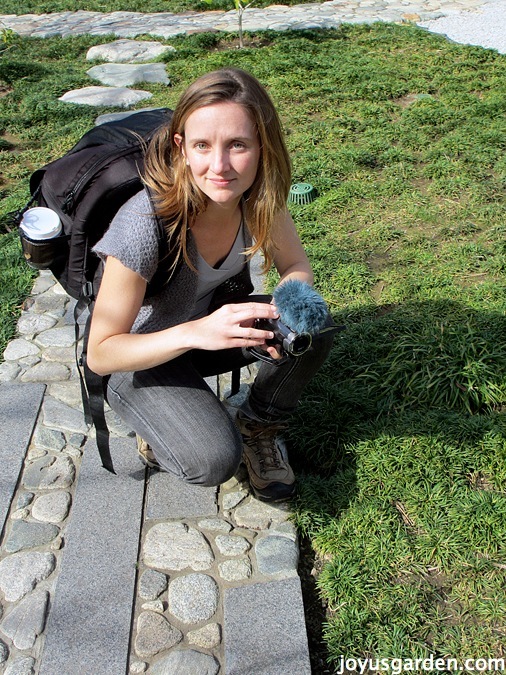 I caught Lucy, video camera in hand, as she was zooming on some detail

Previous Post: « Sansevierias: An Easy Care Houseplant
Next Post: How To Prepare and Plant A Flower Bed »