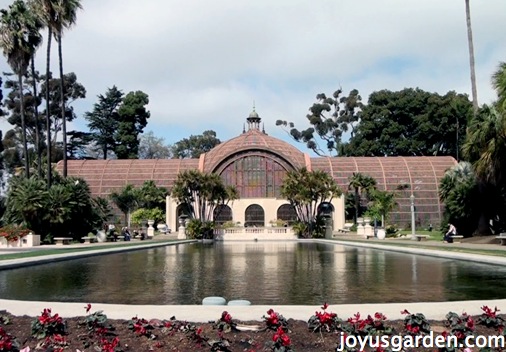 I hadn’t been to San Diego in almost 20 years and decided that a road trip south was long overdue.   In early March I threw a bag in the car and met up with my coworker Lucy who lives there (we work remotely – ahhh, the beauty of the internet).   A wonderful day was spent in Balboa Park which you might know of as being home to the famous San Diego Zoo.  We skipped the zoo and the museums and romped around the gardens instead.  The Botanical Building, built for the Exposition in 1915, was originally meant to be a pleasure resort.   It ultimately ended up being an “open air” conservatory. 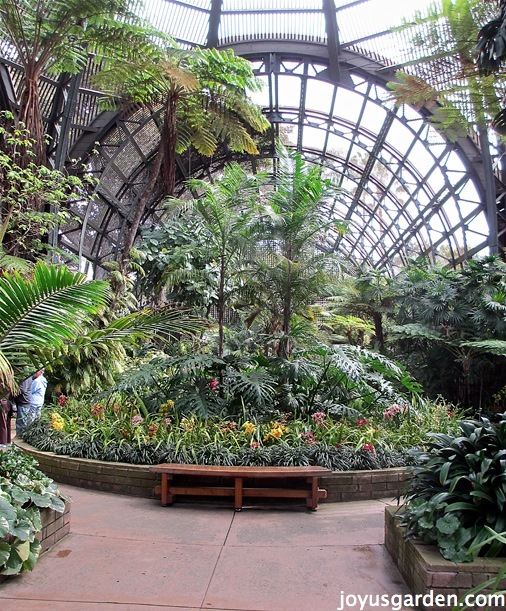 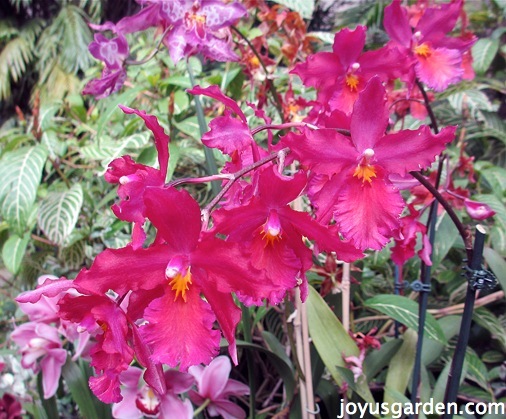 I wanted to do a blog post about the Botanical Building not because it is the most impressive conservatory I’ve been to, like Kew Gardens or the Glass Houses in Berlin, but because it is the only one without glass.  Yes, those are strips of wood in between the supports and with its center dome rising up to 50′, makes it one of the largest lath structures in the world.  I found the interior to be much more appealing than the exterior as it looms from afar like a giant airplane hanger.   So much grows outdoors year round here there’s no need for glass.   The birds do fly in however, pigeons included, and enjoy the flora as much as the people visiting.

There were hundreds of photographers in town for a convention and they were seemingly everywhere along with the fashion models posing for them.  It was highly entertaining to see the young women trying to scamper around the park in spike heels!  I did manage to snap a few pictures here in the Botanical Building sans photographers and models.  I think Lucy fared better with the video camera as you’ll see in the clip below “The Botanical Building In Balboa Park” . 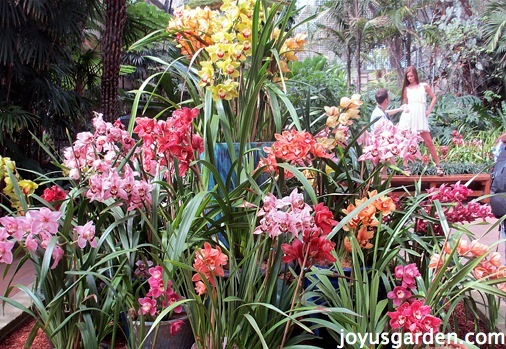 one of the center cymbidium orchid displays with model & photographer 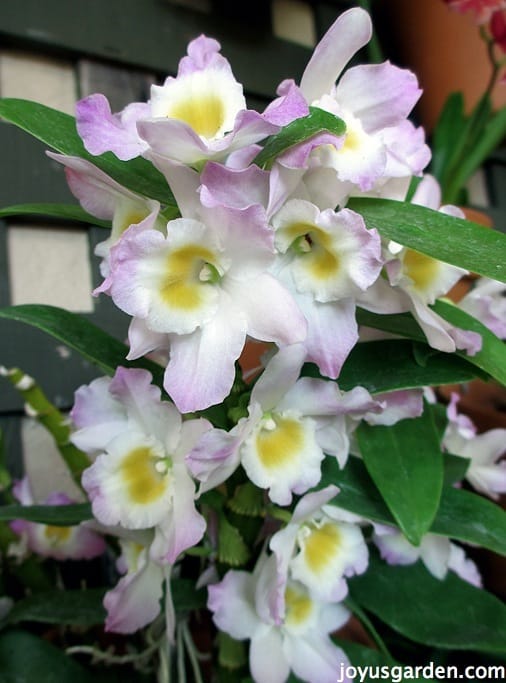 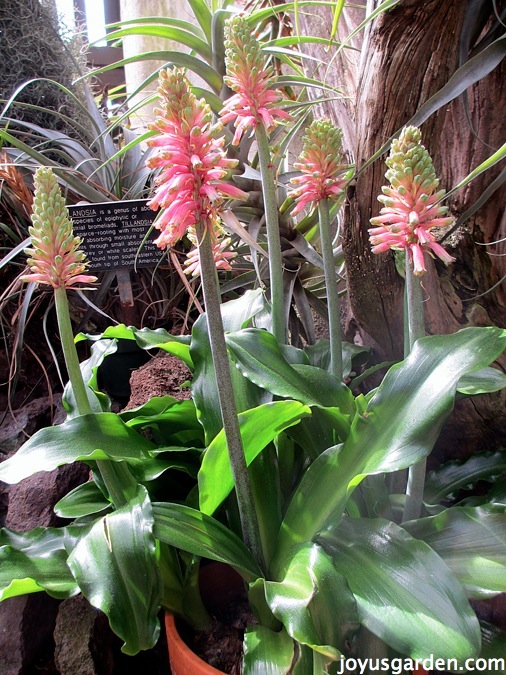 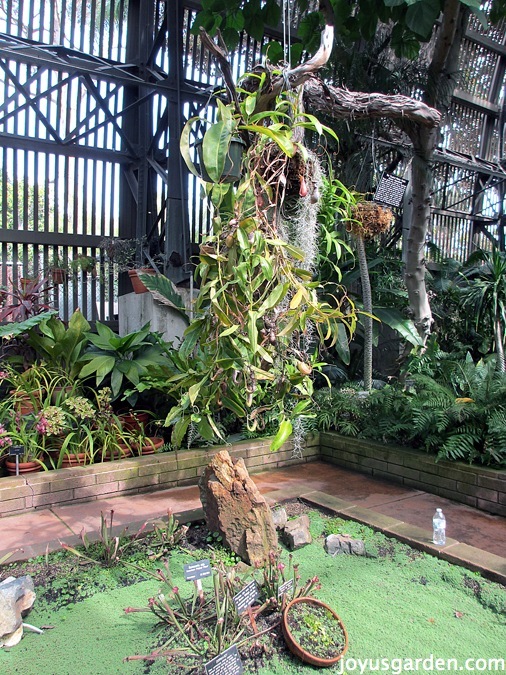 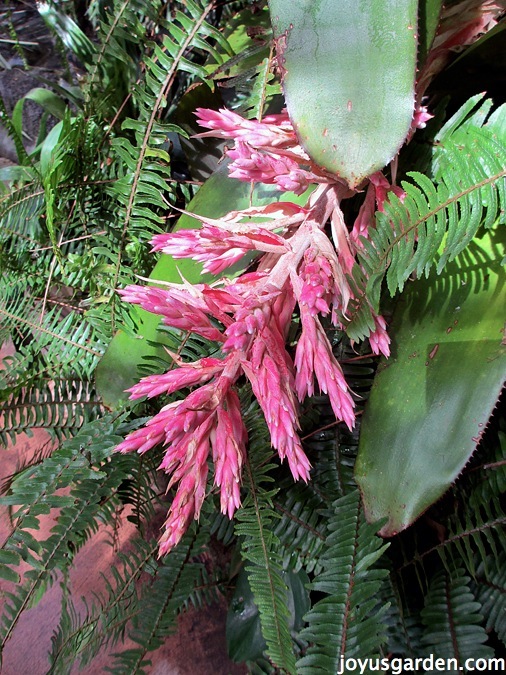 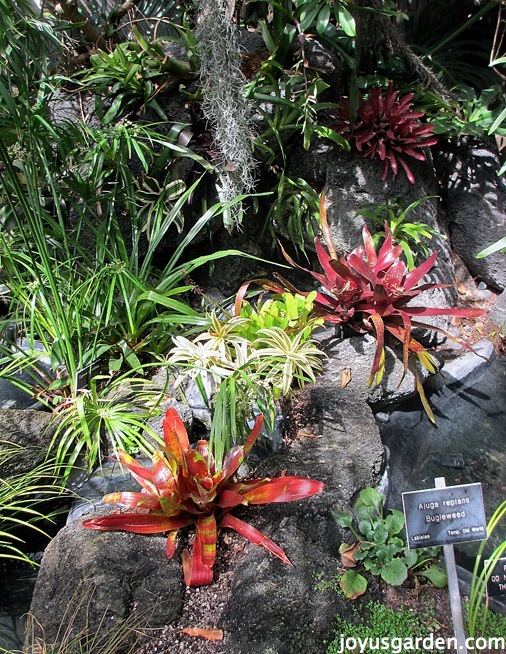 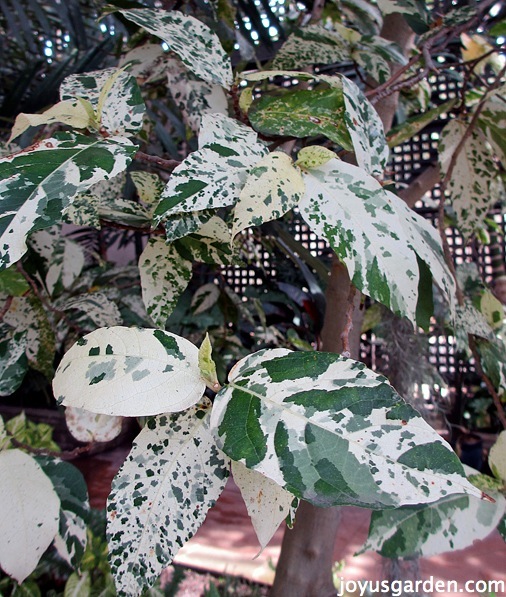 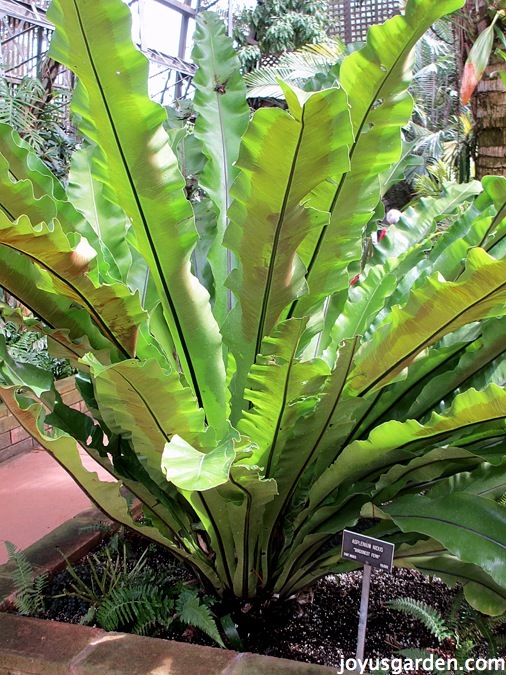 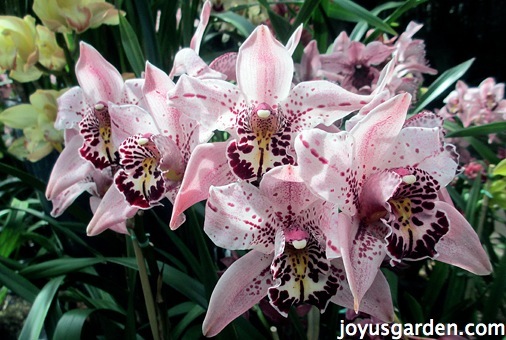 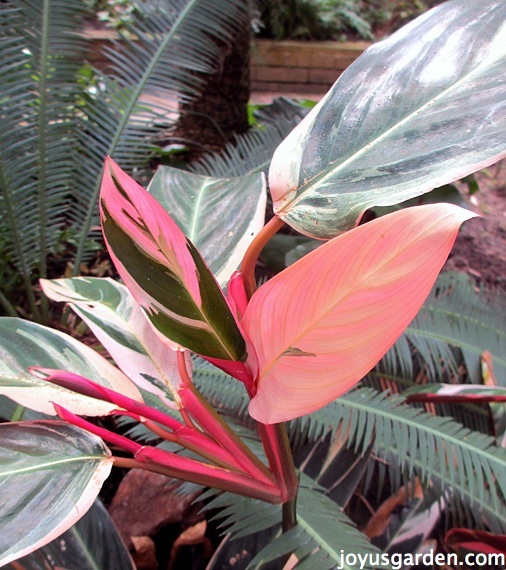 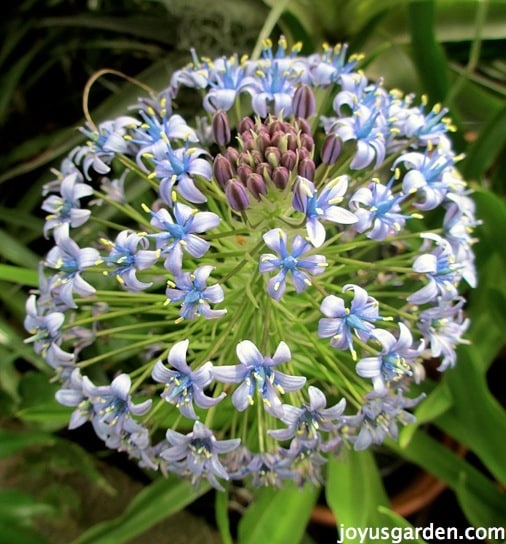 This building underwent a complete renovation in 2002 to the tune of ten times the original cost.  Check out the link below which shows you the much more impressive Glass Pavillions at the Berlin Botanic Garden which I visited a few years ago.  But then again, San Diego’s climate is so beautiful who wants to be indoors – there’s so much to enjoy outdoors in this beautiful 1200 acre urban park.

The Glass Pavillions At The Berlin Botanic Garden

*  Tips you can use in the garden
*   Ideas for crafting and DIY
*   Promotions on our merchandise
Previous Post: « Miniature Gardening For Kids
Next Post: Farmers Market Centerpiece »