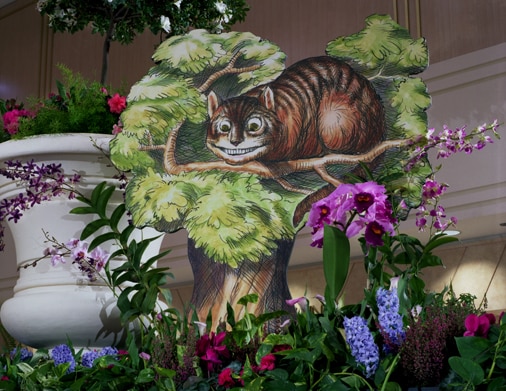 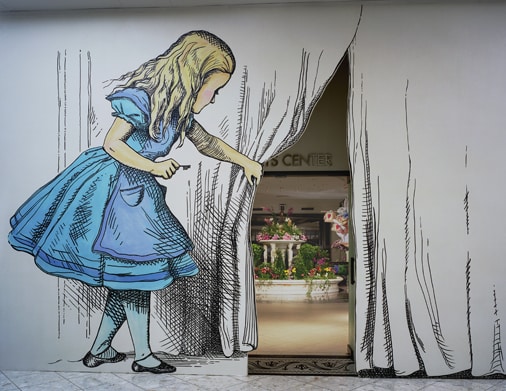 Winter doldrums got you feeling a bit blah? Well then, this post is just the cure and these photos are certain to brighten up your day. After all, who doesn’t love Alice and her cast of supporting characters? For 11 years straight I worked on the Marshall Field’s Spring Flower Show in Chicago which was installed in both the State Street and Water Tower stores. I am lucky to have these professionally taken photos (which means not by me) to share with you. I’m going to start with the year 1999 when the theme was “Alice In Wonderland” but first I’ll give you a brief rundown on how a show of this magnitude comes to be. Then, get ready to go down the rabbit hole and enter into a floral fantasy!

The Marshall Fields’s folks chose the theme, took care of all the details regarding the props and orchestrated the overall project. Sometimes there was licensing to deal with and strict guidelines to follow. SF Productions, based in California and headed by Steve Podesta, handled everything regarding plants and flowers – specing, buying, designing and maintaining. Eight semi trucks packed full of vegetation bought at several nurseries left the Golden State and arrived in Chicago about four days later. We installed all night long into the wee hours for four days – at least sixty people were involved in the whole process. I worked on the window displays and as I’ve said before: “working in Marshall Field’s windows until 5 am causes one to lose their creativity factor very fast”.

For those of you familiar with Marshall Field’s State Street this will take you on a trip down memory. Ahhh, such a beautiful store. 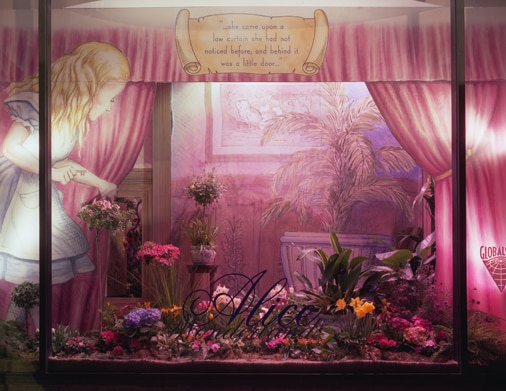 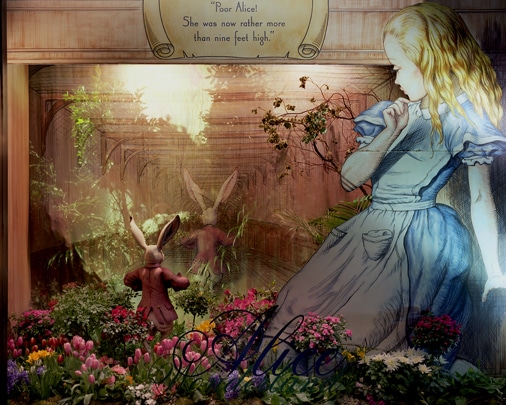 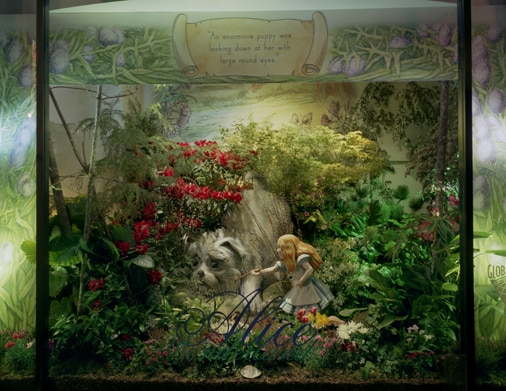 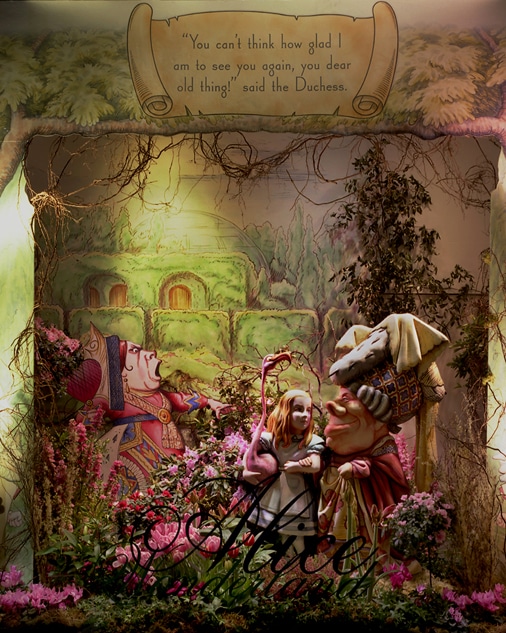 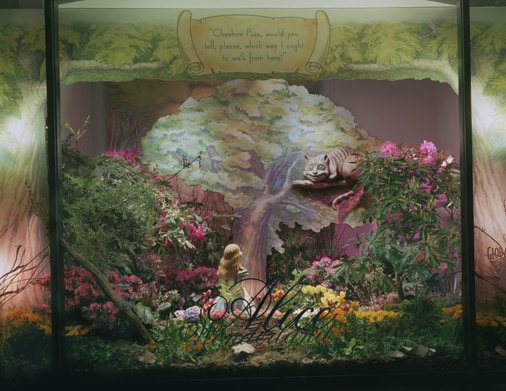 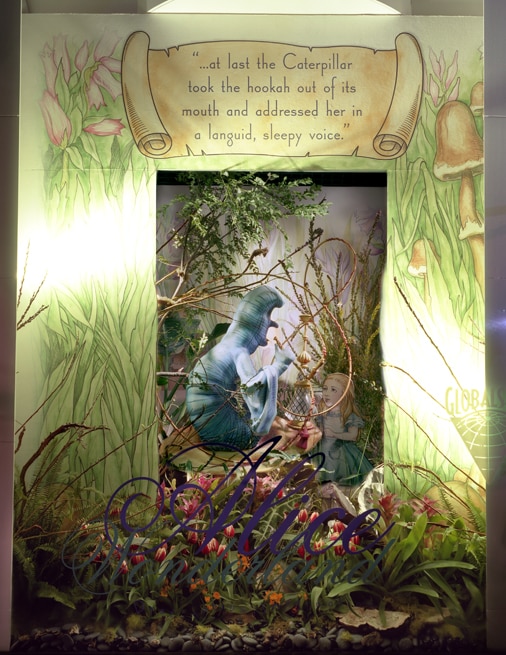 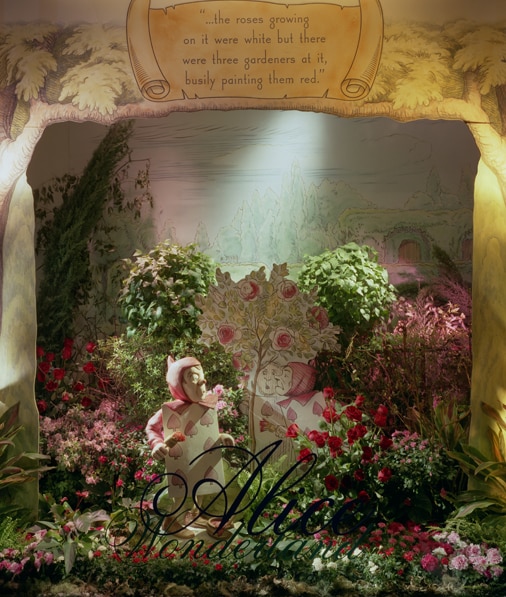 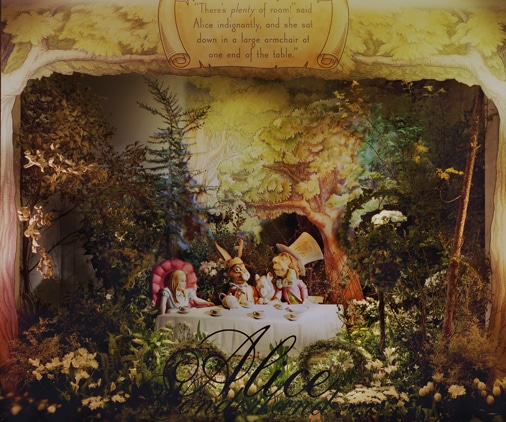 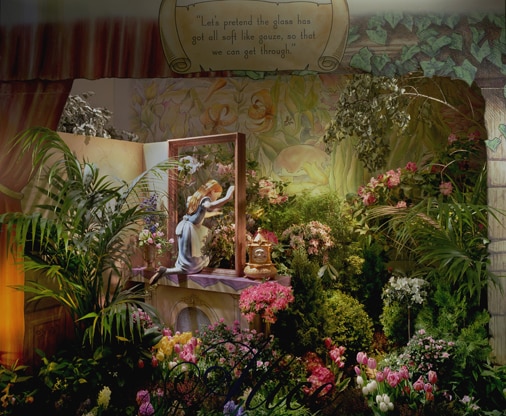 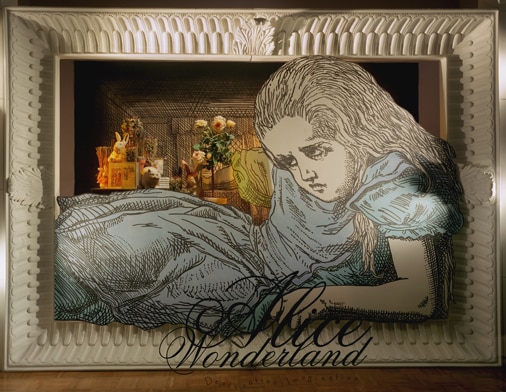 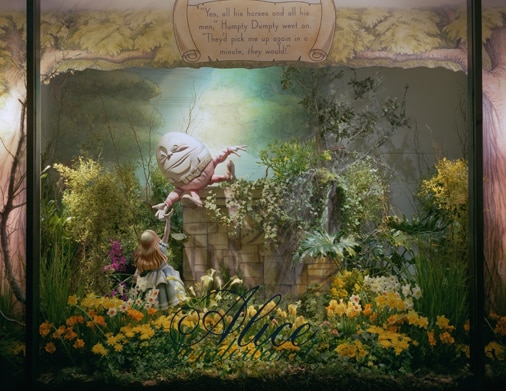 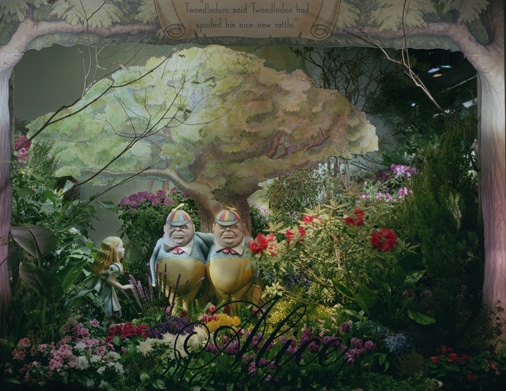 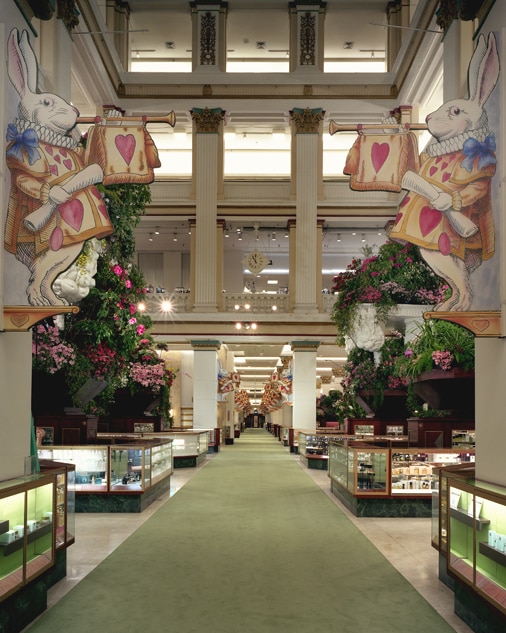 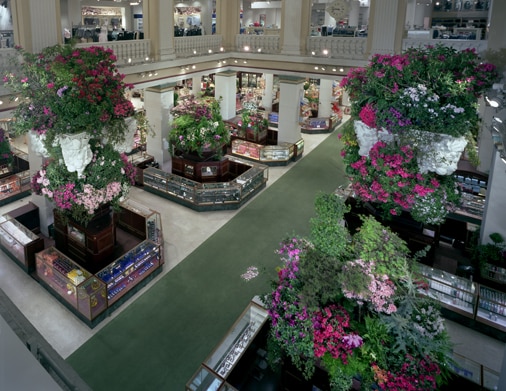 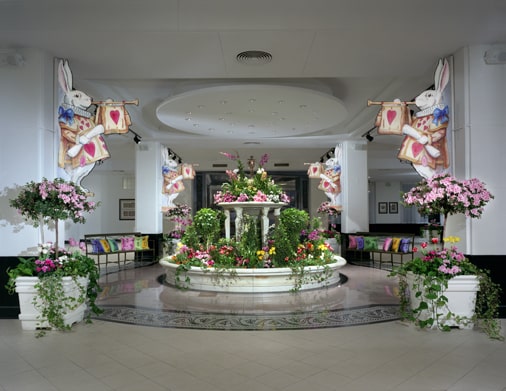 The plants and flowers were all kept on the loading dock protected from the cold by a large tent with heaters inside. For most years I stayed on to maintain and freshen all the window displays – and those are some big windows. There was always an unwelcome blast of frigid air as you left the store and entered into the loading dock area. If it was 35 degrees the Chicago crew was crying “heat wave” and we coastal California wimps were whining “it’s freezing”! Anyway, I’m happy to say that every year the plants and people survived the whole production.

Pictures from the Water Tower store 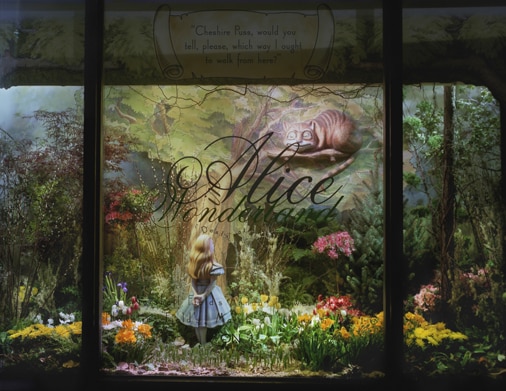 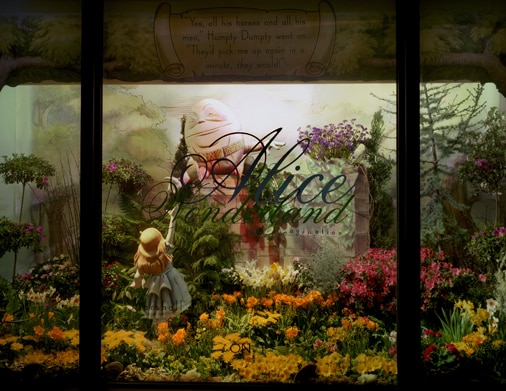 As some of you may know Marshall Fields is now Macy’s, much to the disdain of many Chicagoans. There will be many more posts of these spring flower shows to follow in the months to come. Some of the themes include: Curious George, Beatrix Potter, The Flower Fairies and a 3 year run of Monet’s garden. Looking back on these photos makes me think how absolutely beautiful the windows and store always turned out. And what me appreciate them even more … I know how much work (eleven months worth) goes into a show like this.

I’ll end this with a little friendly banter between Alice and the Cheshire Cat:

*  Tips you can use in the garden